Following the implementation of the interim Agnes Street Greenway, a series of conversations were held with key stakeholders on Lorne Street and the immediate surrounding area, to understand their operations. Based on these conversations and issues raised, it has been determined that routing of the Agnes Street Greenway via Lorne Street is not feasible. The Greenway routing will therefore be adjusted.

The project team is now developing a design for the interim Greenway on Sixth Street from Agnes Street to Carnarvon Street. As the interim design for this routing is developed and constructed, we will be in contact with the businesses along Sixth Street and continue to consult with them throughout the design process.

The Agnes Street Greenway will continue to provide an important connection to Douglas College, as shown on the revised map below. 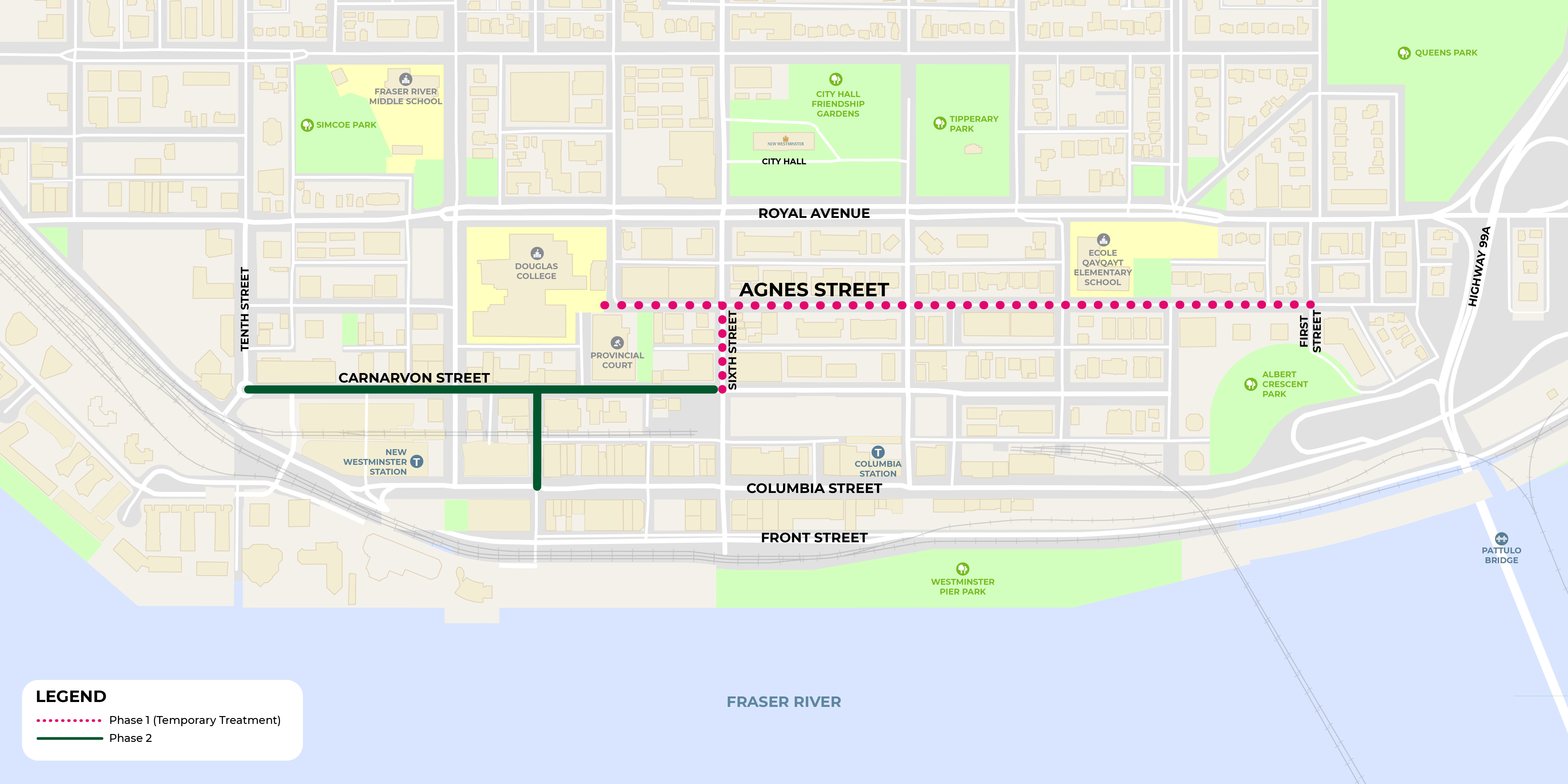